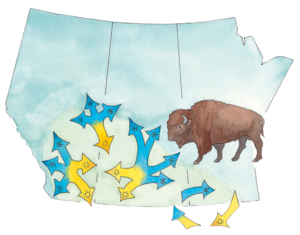 Riparian areas in the Great Plains evolved with the impact of large grazers, especially bison. The accounts of aboriginal people and early travels often described heavy impacts on the whole landscape and riparian areas in particular. But the first lesson of riparian grazing is that grazing pressure was never a year round constant on the land – after there was grazing, there was rest.

Small bands of bison resided year round in certain parts of the landscape but the major impact of the large herds was temporary. The big bison herds spent spring and summer months in the plains and then returned to the foothills and parkland for winter shelter and more abundant forage supplies. The pattern and intensity of use also varied with climatic cycles, especially drought. Predators and population levels were variable. The bottom line is that grazing was not always heavy and every year. For most riparian areas, after grazing there were variable amounts of rest, enough to sustain riparian systems.

During the winter of 1792-93, Peter Fidler travelled across the treeless plains near present day Calgary, the uplands being devoid of trees from repeated bison grazing and fire. Yet, the rest cycle for the better-watered riparian areas was sufficient to support woody riparian cover, the sole source of woody fuel for lighting Fidler’s buffalo dung fires along the way.

In a settled and fenced landscape, there is a greater risk of imposing constant grazing pressure on riparian areas. When grazing is too intense, happens too often, during vulnerable periods and without rest, riparian health and functions will decline. 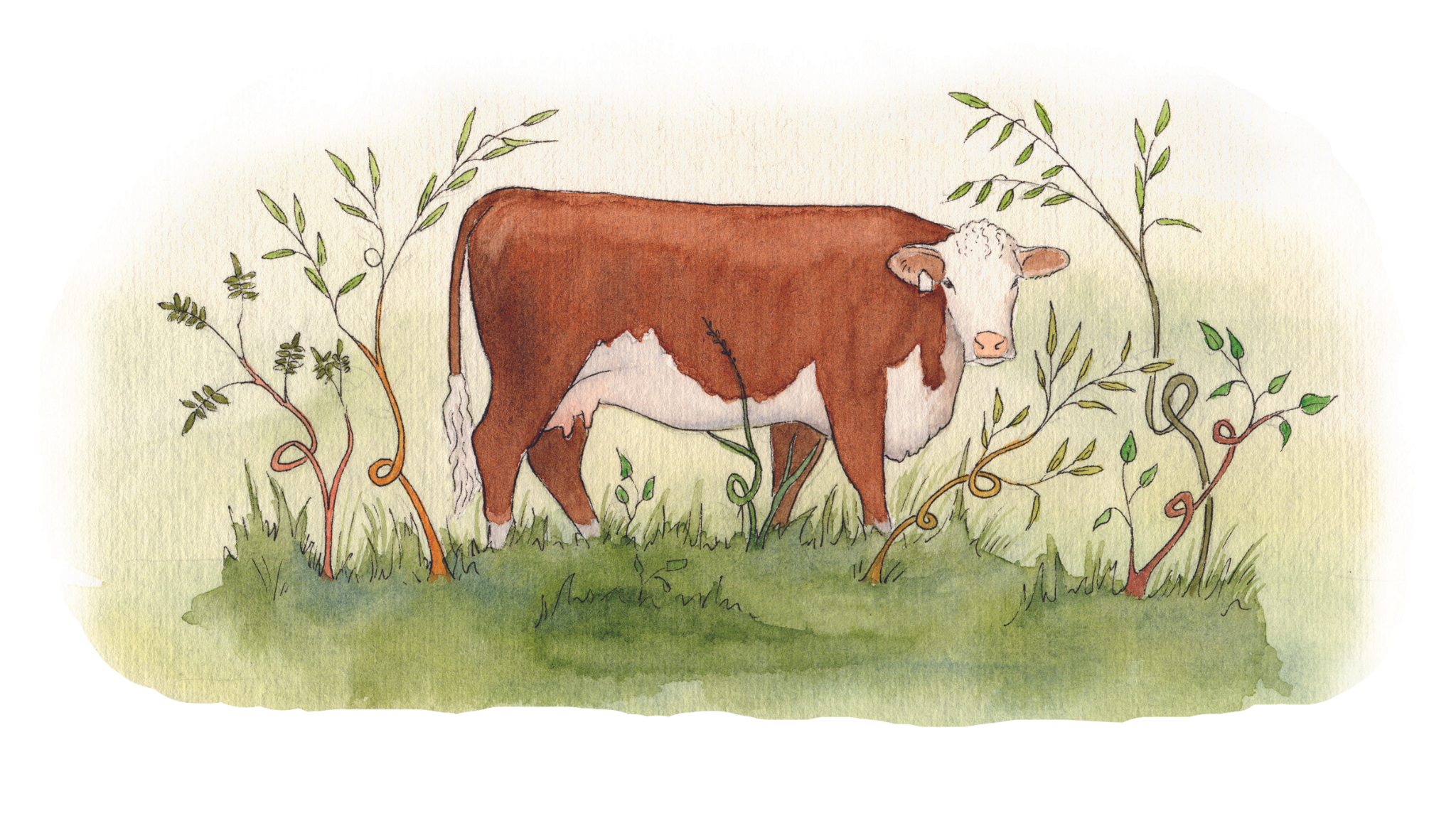 With planned periods of grazing and rest, riparian functions and health will be restored

When we graze too many, too early, too long, too often, there is not effective rest to allow the riparian plants to regrow and store essential energy (carbohydrates) so the plants can grow again next year.

Basic principles of range management include: 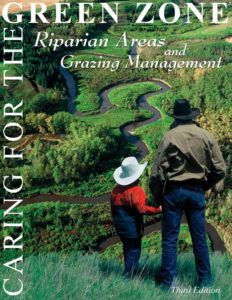 Caring for the Green Zone

The Riparian Areas and Grazing Management booklet has been written for those people who can most effectively influence pastures, rangelands and riparian areas with their management – ranchers and livestock producers.

We want to keep you informed and involved! For all things riparian, join our mailing list today.